A potential danger facing CEOs who engage in international media relations is the failure to understand how journalistic practices vary from one continent – or country – to another.

So, to assist CEOs and their communications executives in understanding how journalists in Europe prepare for, and conduct, CEO media interviews, the Public Relations Global Network (www.prgn.com) surveyed 165 European journalists. 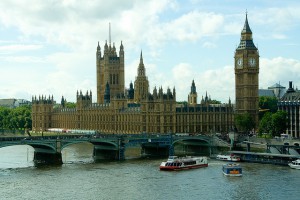 • Like their North American counterparts, European journalists generally prefer to interview the CEO at the CEO’s office or a company facility; although it seems UK-based journalists usually prefer a telephone interview.

• European journalists are less likely to turn to social media for background than their North American counterparts, and typically turn to the company’s annual report as the first research source (64 percent), followed by press releases (59 percent), past media coverage (58 percent), and company website and brochures (55 percent).

• European journalists are more accommodating than their North American counterparts, when it comes to allowing the CEO to have pre-publication review of their articles. In Europe, depending on the relationship, almost two-thirds of journalists may allow review of the entire article, while in North America, 86 percent never allow pre-publication review.

The bottom line is: when operating globally, CEOs and their communication executives need to be mindful of the differences in the cultures and practices of journalists and adapt accordingly to maximize media relations outcomes.

This is where a resource like PRGN, which brings together seasoned PR professionals in more than 50 major markets around the world, can be especially helpful in providing CEOs with the local cultural know-how, local media practices and local media knowledge they need. For more info, visit www.prgn.com.