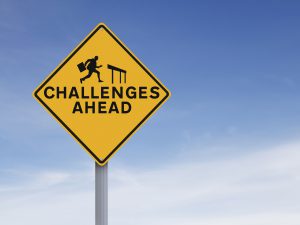 It’s no secret that self-driving vehicles are coming. Automakers, traditional suppliers and new technology companies are investing billions of dollars in the development of autonomous vehicles.

According to the research advisory firm Gartner, driverless cars with Level 4 and Level 5 technology are still at least 10 years or more away, as indicated in its 2018 Emerging Trends report, which indicates that self-driving cars are entering the “trough of Disillusionment” phase on its Hype Cycle chart.

In some ways, autonomous vehicles are already here – in bits and pieces, in the new advanced driver assistance systems (ADAS) technologies such as lane-keeping, emergency braking, blind-spot detection and other driver-assist systems that are now available on some higher-end vehicles.

Growing List of Autonomous Players
And, today, dozens of companies are already testing their autonomous vehicles on test tracks and in urban settings across the country and around the world, including vehicle manufacturers Audi, Baidu, BMW, Ford, General Motors, Honda, Hyundai, Mercedes, Nissan, Tesla, Toyota and Volkswagen.

What’s holding up the self-driving movement?
Gartner automotive analyst and senior research director Mike Ramsey says the biggest obstacle to autonomous vehicles becoming mainstream will likely be regulatory: “Governments will need to feel comfortable with the rules put in place before these cars are released to the general public.”

The lack of clear and consistent U.S. regulations for autonomous vehicles and testing may even be stifling development efforts.

In addition, the complex regulations and the needed auto industry standards for autonomous driving will not be developed or instituted overnight. Politics has its own pace and clock speed that is independent from the pace of technology development.

Consumer and Social Acceptance
Back in 2017, Gartner indicated that the full impact of autonomous vehicle technology upon the economy and society would not begin to emerge until approximately 2025, with consumer and social acceptance being a key driver in adoption.

A study released by Deloitte in January 2018 indicated that consumer sentiment in the U.S. is improving, with only 47 percent of respondents feeling that self-driving cars would not be safe, down from 74 percent in 2017.

Yet, following a few high-profile accidents involving autonomous vehicles, a May 2018 AAA study reported that trust in this technology eroded quickly: 73 percent of American drivers said they would be too afraid to ride in a fully self-driving vehicle, up significantly from 63 percent in AAA’s late 2017 study.

Deloitte’s most recent research also found that 38 percent of U.S. consumers are unwilling to pay more for autonomous vehicles, another major hurdle for automakers.

So, even when all the technical, legal and infrastructure hurdles are overcome in the 2020s, actual consumer acceptance may take many more years for one simple reason: People are reluctant to change and are prone to be swayed by news coverage of any autonomous-related accidents.

Communicating the Value & Benefits of Self-driving Technology
The numerous companies throughout the emerging autonomous car supply chain who are working on these technologies have a monumental task facing them in the next several years: convincing consumers about the safety, benefits and value of autonomous vehicles.

Experts agree that the widespread use of autonomous vehicles promises numerous benefits. With an estimated 93 percent of U.S. vehicle accidents caused by human error, the potential for self-driving technology to dramatically reduce accidents – and the related fatalities, injuries and costs – alone is huge.

Other companies are finding the same thing. Intel reported that when it conducted a study of people with no previous experience with autonomous vehicles, it found most respondents said they distrusted the technology. Its Intel Trust Interaction Study actually identified seven key areas of consumer concern with autonomous technology (https://newsroom.intel.com/editorials/when-will-you-be-ready-get-driverless-car/).

When Intel concluded that study with the offer of an actual test ride in an autonomous vehicle, it found that: “Every single participant experienced a huge leap in their confidence level after their journey.”

Ride-sharing companies such as Uber and Lyft have been leading the way in the testing of autonomous vehicle technologies, as they see it not only as a way to perfect the technologies, but also as one way to build consumer trust. Autonomous ride-sharing vehicles will enable consumers a no-risk opportunity to try the technology before they ever would consider buying it.

Trust is built around performance. It takes a long time to win trust, but only one incident to lose it.

So companies must communicate honestly, avoid hyperbole, advance technology deliberately and strive to educate consumers on not only the strengths, the benefits and the value of their AV technology, but also its limitations. They must demonstrate daily that they are dedicated to keeping consumer safety their #1 concern.

As the local point of contact for many consumers, automotive retailers can play an important role in exposing consumers to the new autonomous and ADAS technologies and to helping educate and train them in their use and limits. Dealer-hosted technology events, video tutorials and hands-on simulators could go a long way to help this grass-roots education process.

Challenges for Traditional Auto Suppliers
Suppliers of advanced driver assistance systems (ADAS), the building blocks for autonomous driving, face a difficult challenge. Autonomous driving, as well as the electrification of powertrains, the emergence of shared mobility and the move toward connected cars, are causing huge disruption in the traditional automotive OEM supply chain.

Even the largest of auto suppliers are recognizing that they cannot do it all alone, which may be new territory for many of them. They must demonstrate the new capabilities they have developed or acquired … and overcome pigeonholing by long-time automaker customers who may still think of them in old ways.

Suppliers can effectively tell these stories by:
• participating in appropriate shows and conferences,
• doing technology tours and demonstrations with influencers, media and customers,
• publicizing development centers (“skunk works”) and new Silicon Valley R&D facilities dedicated to ADAS, and
• helping educate trade media and consumer media, who can in turn help educate the public.

To attract the right talent they need to make their autonomous future a reality, suppliers need to show their current and future workforce how they can contribute to make the world cleaner, safer and better.

At the same time, autonomous tech suppliers must help to promote and differentiate their systems to automakers, attract the new technology partners and engineering talent they need to help them make these systems work, and convince their stakeholders of the soundness of their strategy and plan forward … all without crossing the line into empty hype.

PR Challenges for New Automotive Technology Suppliers & Start-ups
Today’s mega trends toward autonomous driving, connected cars, e-mobility and ride-sharing/car-sharing are turning the automotive ecosystem upside down. They are also creating a massive, multi-billion-dollar opportunity for new players whose software or technology will enable these advances in the automobile’s evolution.

The challenge for many of these technology companies and start-ups is: How do you rise above the clutter of many competitors and the hubris of hype, so you can get through to the very companies you can help the most – the top tier automotive suppliers and automakers?

Tech companies are coming into automotive from a different industry with a vastly different mindset, language and clock speed. Most of these tech companies do not have a good handle on the peculiarities of the automotive OEM market, the rules of engagement, the drawn-out development process and the automotive-grade requirements.

So the challenge they face is to not only to demonstrate the viability of their technology, but also prove how they can add value as a development partner, how they can work successfully with the automaker or top tier supplier. Building a better mousetrap alone will not guarantee their success in the automotive OEM space.

Ultimately, the move toward autonomous driving is changing everything – from the way cars are operated to the way the automotive supply chain is organized.

It will create vast new opportunities for some companies, and could cause the demise of others. It is rewriting the playbooks of both the auto industry and the tech sector … and it is building a bridge between the old auto industry and Silicon Valley, in hopes of connecting the best of both to create a better world.

To learn more about how Bianchi PR, a firm that has helped auto technology companies tell their story, can help a company like yours, contact Jim Bianchi at jbianchi@bianchipr.com or call 248.269.1122 for a FREE consultation.