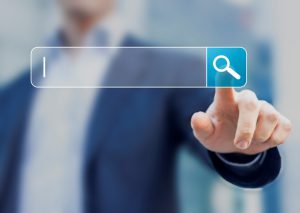 Companies want to get maximum value from their PR firms and in that quest for value, when selecting PR firms, some companies give heavy weight in the evaluation process to hourly rates.

This can be a mistake, because hourly rates do not equate to actual value.

The difference between the two efforts – other than thousands of dollars in potential cost – was experience.

Many clients have learned the hard way that the agency with the lower hourly rate can actually be the more costly agency – because it takes them longer to get the job done … IF they can get the job done at all.

The principal of that smaller PR firm I mentioned earlier told me a story about the great scientist, Charles Steinmetz. An electrical genius with more than 200 patents to his name, Steinmetz worked for General Electric for a number of years and retired in the early 1900s.

It was said that, after his retirement, GE started having a problem with a complex electrical system that Dr. Steinmetz had developed. After spending thousands of dollars and hiring several consultants, it seemed no one could fix it. So, at his wit’s end, the GE plant manager called the professor to see if he could help. He told Steinmetz he would pay whatever consulting fee Steinmetz felt was fair.

So Steinmetz traveled to the GE facility, met the plant manager and studied the machinery for a few minutes. He then climbed up on the machine and marked the malfunctioning part with a piece of chalk and told the GE manager how to fix it.

After thanking Steinmetz profusely for his amazing speed in solving their problem, the manager gratefully ushered Steinmetz back on his way home, and had his men begin the repair.

When Steinmetz’s bill arrived a few days later, the manager was shocked. He called Steinmetz and said: “Dr. Steinmetz, I have received your invoice. How can you justify billing us $10,000 when you only spent a few minutes in the plant?”

Steinmetz said: “I charged you one dollar for marking the broken part, and $9,999 for knowing where to place the mark.”
So, while the hourly rate was high, the total cost was a bargain.

GE was not really paying $10,000 for just a few minutes of the genius’ time; they were paying for the decades of experience and the unique knowledge that enabled Steinmetz to identify their problem in just a few minutes. They paid for the experience that got the desired results.

Whether or not the story is true, it makes an important point: When you’re looking at PR agencies, don’t just focus on hourly rates or creative answers to questions. Look at the agency’s:
• Experience in your market;
• Knowledge of the trends, issues and players in your industry;
• Time invested in keeping up with your market;
• Relationships built with the reporters and organizations in your sector; and
• Results generated for companies that are similar to yours.

Most importantly, look at the actual people at the PR firm who will be applying their insight, knowledge and experience on your behalf. Are they the experienced, senior professionals or eager but inexperienced juniors?
Your best value will be a Steinmetz … the firm with the experience and knowledge to get the job done quickly, efficiently and correctly.