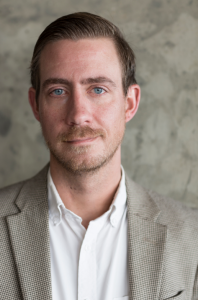 Kirk Pinho is the real estate reporter for Crain’s Detroit Business. He covers commercial real estate sales and leases, construction and other issues and trends related to the CRE industry, including finance, architecture and contractors. On Fridays, Kirk writes the Crain’s Real Estate Insider newsletter.

Among other things, I’m interested in how two billionaires, Dan Gilbert and Christopher Ilitch, are reshaping Detroit’s skyline. But they are part of a broader story about how the city is emerging following its 2013-14 bankruptcy case.

I’m inexplicably fascinated by a variety of things related to Detroit real estate, particularly the personalities, egos and history. But I don’t just report on real estate in the city; I cover its suburbs, too. I’m particularly monitoring how the Summit Place Mall, Pontiac Silverdome and Palace of Auburn Hills sites will be redeveloped, what’s happening in Troy with a pair of key properties, and other projects and transactions as they emerge in our five-county coverage area.

The industrial market is churning along nicely, but some key suburbs are still lagging in key office space metrics for a couple reasons, not the least of which is the fact that they were overbuilt 30 years ago and Detroit is on everyone’s radar.

I rappelled down a skyscraper, even though I’m terrified of heights. I then blogged about it. Because I’m an idiot.

A couple: My colleague Chad Livengood and I pieced together the behind-the-scenes narrative of Detroit’s Amazon HQ2 bid with Windsor using about 1,800 pages of emails obtained through the Freedom of Information Act. I also wrote a story about a man I described as Detroit’s Blight King, Ernest Karr, who has accumulated a vast array of blight judgments on his single-family rental properties. Because he is a slumlord and no one has been able to prevent it.

Most importantly: Stories the competition doesn’t have. If I’m not first to a key story, I’m not doing my job. Personality profiles are great. Industry trend stories that involve actual numbers rather than anecdotes. Stories that reveal behind-the-scenes negotiations.

One of my first newspaper articles was in high school, but I never really had considered it as a career path. And then, a couple months after I graduated from college, my dad showed me a classified ad in the local newspaper literally down the street in Waterford Township. They were paying a whopping $22,000 per year for someone to cover five or six beats; he put the classified ad in front of me  and I applied because he, for some stupid reason, thought I should be professionally employed at 22. I’ve been a reporter basically ever since, minus a few years in grad school in Alabama.

Finish this sentence: If I am not reporting, I am …

With my daughter or my dog, a Brush Park stray named Alfred. Exploring. Reading.

Email me or call me. I’m always happy to field story ideas. But please read my work first and get a grasp of what I focus on. See the answer to Question No. 5.

I have a 5 1/2 year-old who is my center of gravity. I try to read as much as possible. I’ve been known to binge-watch TV shows and Ken Burns documentaries. I went to Western Michigan University (2005) and then the University of Alabama (2010) after growing up in Redford Township. In a previous life, I wanted to be an Ivory Tower poet but couldn’t hack it either as a writer or academic.

You can read some of Kirk’s latest articles here: