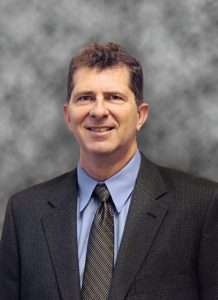 Steve Plumb is the senior editor of AutoBeat Daily, an online outlet providing concise, to-the-point and accurate daily news reports about what really matters in the auto industry. With more than 20 years of experience, he’s covered every aspect of the global auto industry during his career, from new vehicles, advanced technologies and production and supplier trends to management, marketing and labor issues.

What’s the top story you’re working on right now?
Working for a daily publication, I usually don’t have too much lead time on what I’m writing about. We cover the top 10 to 15 stories of the day—every day. In the last week alone, topics ranged from traditional business stories such as a $3.3-billion supplier acquisition, Tesla’s market valuation surpassing Ford and GM, a slowdown in China’s auto market and a mass exodus from the Frankfurt auto show to the usual array of upcoming new products—Ford’s next-generation Ranger pickup, Mercedes’ expanding small-car lineup, an electric vehicle in China that can sprint from zero to 60 mph in less than three seconds and dozens of concept models due to debut at the New York and Shanghai auto shows.

On the technology front, we covered laser headlights, on-site 3D printers for racecar parts, advanced self-parking cars, an autonomous vehicle race, a connected network of robots that can predict machine breakdowns and a baby crib that simulates the sounds, lights and motion of a car to help toddlers get to sleep. There also were updates on the Takata airbag recall and VW diesel emissions stories, a legal brouhaha between Uber and Google over stolen intellectual property and a proposal to slash the EPA’s budget by $48 million. But perhaps the most bizarre story involved a foiled mob plot to steal the body of Enzo Ferrari. There’s something new every day.

Tell us about your dream assignment.
Driving a hot new car in an exotic location is always fun. Ferraris in Fiji? And from an all-out white knuckle excitement standpoint, it would be cool to ride along on the 5,400-mile Dakar Rally through South America. But it’s more rewarding to cover stories that involve interesting people and social issues. The trick is to find something that combines them all—emerging technologies and the visionary innovators who are transforming the business world and positively impacting people’s lives. Maybe I can tag along with Elon Musk on the first Space X flight to Mars in a quest to start the first interplanetary, cross-species rocket-sharing venture… now that would be something to write home about.

Describe the craziest or most fun event you’ve covered.
One trip that stands out is a two-week trade mission to China with a group from Automation Alley. It was an eye opener in every way, from the free-wheeling multicultural business meetings, bustling local factories and everything-goes traffic rules (or lack thereof) to the amazing sights and experiences in Beijing, Shanghai, Guangzhou, Chongqing, Chengdu and Hong Kong.

But the real excitement came on a long bus ride between cities. The truck in front of us, which was transporting porcelain toilets, hit a bump that dislodged part of the cargo and sent one of the thrones hurtling back to take out the front axle of our bus. We were left stranded in a somewhat remote spot along the highway, a few hours from our destination. With night fast approaching, part of the group left the bus and disappeared over a hill toward a small farm house – for what purpose I’m not sure. Those of us who had unwisely decided against the optional immunizations prior to the trip, stayed behind and nervously watched as traffic zoomed by precariously close.

We were eventually rescued by another bus and continued on with our trip, which included stops at the Great Panda breeding grounds and Three Gorges Dam. We weren’t about to let a little accident flush away those opportunities!

What is your top pet peeve with PR people?
Not getting a call back or a question answered. The worst is when a company puts out a press release, then the PR person seemingly disappears into a witness protection program immediately after issuing the release. For the most part, however, my interactions have been very positive and helpful. Having worked on the “dark side” for a few years, I know how difficult the job can be and greatly appreciate those who do it well.

What is the top trend you’re covering or interested in right now?
Autonomous vehicles, emerging mobility services and “smart” cities. It’s exciting to see how fast transportation is transforming, from a technology standpoint and the potential business and social impacts. Getting from here to there has never been so accessible and flexible.

Tell us a little about yourself (family, interests, favorites, background, etc.)
After a 10-year misadventure through the foothills of South Carolina and history-rich Pennsylvania, I recently returned to Michigan. It’s great to be back home, but I love to travel—both domestically and abroad—explore new places and learn all about them. My bucket list includes Alaska, Scandinavia and Australia/New Zealand.

At home, I enjoy spending time outside and try to stay active by biking, hiking, kayaking, golfing and even still play on a softball team (this could be our year!). I also like to root on the local sports teams—some friends and I take a weekend trip once a year to watch the Tigers play an out-of-town series—and as an MSU alum I bleed green and white.

Some of my other interests include politics, music, volunteering and creative writing. “So much time and so little to do. Wait a minute. Strike that and reverse it.” – W. Wonka, 1971.

Finish this sentence: People would be surprised to know that I… started my career working for a finance company. But after a brief, unfulfilling stint as a high-powered loan officer (not) and bruising debt collector (more George Baily than Luca Brasi), I switched gears and took a chance as an intern for an automotive trade magazine. My father had been a journalist and PR flack too, so the move wasn’t entirely surprising. Now it’s some 20 or 30 years down the road, who’s counting, and I haven’t looked back.