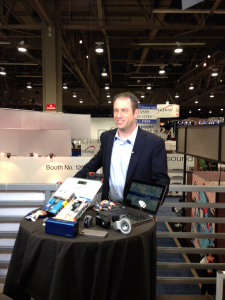 Scott Budman is the business & tech reporter for the San Francisco Bay Area NBC News affiliate. He also files stories for other NBC stations and is a regular tech contributor on radio stations including KLLC (“Sarah & Vinnie Morning Show”) and KGO radio. He looks for stories daily and reports on what’s going on in the tech world.

Without revealing any secrets, can you tell us what types of stories, trends or issues are on your radar now?
These days, the hot issues include AI, self-driving cars, the stock market, smart phones, apps, and anything to do with tech growth (i.e., hiring/firing, real estate prices, etc).

Tell us about your dream assignment.
My favorite stories have to do with cool things that have tech in the background. Example: Monterey Bay Aquarium (very cool and visual) feeds giant fish by computer. So, awesome pictures of giant fish, with tech in the background. Also, I love to travel – have done stories on Olympic tech, and the relationship between Silicon Valley and Bangalore, India. 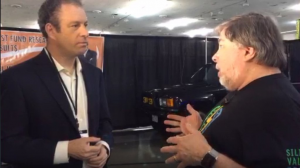 Describe the craziest or most fun story you’ve written/produced.
Hard to narrow down. A good one was post 9/11 .. horrible time, but found a popular band (Cake) that refused to fly, but had a world tour to play. Yahoo contacted them, and offered to stream a concert from HQ. We were the only ones there to film it, and the response was huge – people were so happy to hear music and see their favorite band after so much bad news.

What is your top pet peeve with PR people?
Well, PR people are necessary for my job, so I’m always grateful for the help. That said, pitching a story but not having anyone available to talk, or making someone available only late in the day shows a lack of understanding of how TV news works.

Tell us a little about yourself (family, interests, favorites, background, etc.)
Family is important; I’m a Bay Area native (born in East Oakland), super glad to be able to work here. I went to UCLA, played competitive tennis as a young person, and love to read, hike, do amateur astronomy, and watch movies.

Finish this sentence: People would be surprised to know that I …realize, even as a seasoned reporter, that social media is way more important to reaching our audience than even TV. We need to get better at this, right away.