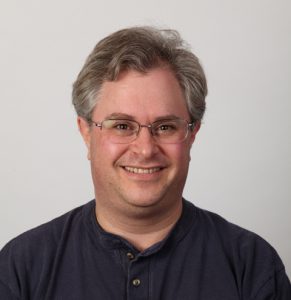 You hear a lot of talk about three major trends in the automotive world right now, but only one of them is significant. Autonomous vehicles, electric vehicles, and vehicle lightweighting – as Sesame Street fans would say, one of these things is not like the other. Lightweighting is really happening in large volumes, and it’s completely transforming how companies make vehicles. Autonomy and electric drive are fun to talk about, but they’re not having a major impact on the industry today and probably won’t for another decade. Lightweighting, however, is radically changing how cars are designed, stamped, assembled, and even painted.

Tell us about your dream assignment.
My current job is a very odd dream come true in many ways. When I was covering the motor vehicles market for a general audience, I always had a tough time pitching manufacturing stories to my editors, because they (rightly) assumed that the audience wouldn’t find this stuff as interesting as I do. Now, I get to interview really smart people who generally don’t have people taking as much interest in their work as I get to do. A lot of automotive journalists are passionate about the cars themselves, but I’ve always been more interested in how things are made.

Describe the craziest or most fun story you’ve written.
When I was a newspaper reporter in Mississippi, my editor sent me to meet an inventor who had developed a machine to pick up chickens from the grow houses for delivery to the processing plants (slaughter houses). I was expecting something the size of a lawnmower, but when I got to the farm, I saw something the size of a wheat thresher – a massive, diesel-powered piece of industrial equipment. Instead of blades, it had rotating banks of rubber fingers that would grab the chickens and drop them on conveyors that would take them to cages. He turned the machine on, and it belched smoke and made an incredible amount of noise. I asked the inventor why the chickens didn’t run in fear from the behemoth. He just looked at me confused and said, “Chickens don’t move at night.”

Other favorites include a profile of a guy who converted his Lamborghini Gallardo into a Ford Mustang, and a story that accused WorldCom CEO Bernie Ebbers of lying to investors. That one got me barred from WorldCom’s annual meeting. Two years later, Ebbers was in prison for fraud.

What is your top pet peeve with PR people?
Not being prepared. I regularly get press releases with contact information that, when I call the contact number, the person is on vacation, doesn’t work there anymore, or doesn’t have any idea what the release covered.

Tell us a little about yourself (family, interests, favorites, background, etc.)
My wife is a forensic scientist who runs a private practice out of our home. We’ve been married for 15 years and have a 13-year-old daughter who was the Ohio state gymnastics champion last year for her age group in the Xcel Silver difficulty group.

Finish this sentence: People would be surprised to know that I don’t really love cars. I got into this field as a business reporter, not an automotive enthusiast. So, when I go to auto shows, design studios, test tracks, and industry events, it’s definitely work, not pleasure.