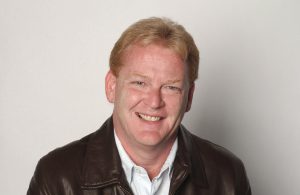 Mark Phelan is the auto critic and columnist for the Detroit Free Press. He reviews new vehicles and writes about the people, issues, technologies and strategies shaping the auto industry. He is also president of the North American Car of the Year jury, and a member of the Automotive Press Association board.

I’m about to shift into car of the year/auto show mode. The last 5-6 weeks of the year are always absorbed by the processes for selecting the Free Press and North American Car, Truck and Utility vehicle of the year, the LA auto show and prepping Free Press coverage of the North American International Auto Show in Detroit.

My secret, by the way is that I’m the worst typist ever to make a living writing, and I have a horrendous memory for names.

The most fun were:

Stories about how New Orleans was recovering in the weeks after Katrina, because I love the city and Free Press editors trusted the “car guy” to go to the city when it was still under military curfew and only a handful of people had returned.

Columns this year about Mary Barra’s vision for GM, and how a generation of women leaders are making the company stronger.

People who send multiple emails asking if I got their 1st pitch. I did, and I’m not interested.

I’m first generation American, born on the Gulf Coast. My parents are Irish, and we spent a fair amount of time in Ireland when I was a kid. We came to Michigan when I was in middle school.

Growing up feeling at home in such widely different places was a great experience.

I have a niece and nephew.

Finish this sentence: People would be surprised to know that I …

Would rather go to a concert by an up-and-coming band or an old favorite than a car show.

Informa Tech Automotive Group: Connecting the automotive and technology ecosystem to inform, inspire and accelerate a brighter future. Meet the Media Recap – July 2020 Three Reasons to Boost PR Amidst Tough Times Not Back to Normal: 5 Factors for Communicators to Keep in Mind Post-Pandemic The New Events Model: Think quickly. Think differently. Be open-minded.