Without revealing any secrets, can you tell us what types of stories, trends or issues are on your radar now?
Autonomous vehicles have taken the place of electric vehicles and bail outs, and all the things that we’ve paid attention to for several years 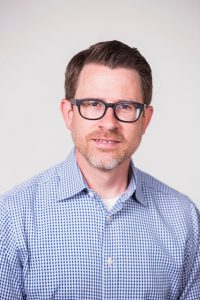 leading up to Google (are) making more noise in the
autonomous vehicle space. Now there’s going to be fatigue around that. It’s not as much of a layup as it may have been a couple months ago but that’s still a big one. Topically at the moment, trade is a huge issue … The (presidential) election has put that on the radar screen big time.

As a paper we’re still very interested in the core fundamental auto industry. Making it interesting in the 21st century is harder than it had been. When I joined this beat, (the auto industry) was what the tech industry is today. So a new product, everyone … wanted to read about it. Everybody wanted to read about pricing … about projections … about the latest statements from the sexy executives like Bob Lutz. Those days are gone.

So (we are) traveling to places in America where the auto industry is reinventing itself, places in the world where the auto industry is emerging. The global story remains somewhat under told in our business. Being able to put the pieces together between the continents and the different auto makers, the different alliances has been difficult. So I’m always interested in emerging market stories that have a very unique flavor of differentiations… as how it’s different here than it would be in the United States. There’s a big focus on safety now, a big focus on regulation, fuel economy. Some of that’s electrification, but some of that’s driven by the ‘oh yeah you know people can cheat on their emissions tests’ and that makes a litany of stories that you continue to write about. But you know I would say it’s far less about what is the new product coming and its far more about some of these ecosystem issues of you know- can it drive itself? Is it safe? Is it efficient? And showing that new ways of material stories that we write are very interesting too.

Is there anything new that people are looking at?
I think there’s a good story to be told between the vast difference between very advanced markets and not so advanced markets. So the air bag one is a good example where you know you take it for granted [in] the United States that your car’s gonna have a few airbags but you know not too far from here it’s standard to NOT have air bags in your car. And so the harmonization of these things is gonna be very costly but it’s also going to be very dislocated… and I think people are watching very closely to see how quickly some of these emerging markets, where it’s cheaper to do business, will become more like this market.”

Another is about Detroit’s emergence; can it really emerge as a mobility center? Detroit’s reinvention is sometimes miscast because it is reinventing itself as a better auto industry hub, with a lot of appeal for the (foreign automakers and suppliers) manufacturers that want to put a stake in the ground here because they want to access the eco system that we have. They’re not looking for mobility engineers; they’re looking for auto engineers. And there’s a really interesting story about how the heartland continues to be about lower costs about manufacturing and autos, and creating these things. 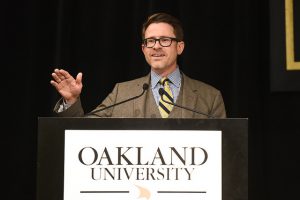 I always thought that covering sports would be the dream assignment because I enjoy them. But I know in my heart of hearts that probably what would get me up in the morning and make me most excited is politics. I really have enjoyed over the years covering candidates as they come through or politically oriented stories. When I was in Europe I did a lot of politics.

Describe the craziest or most fun story you’ve written.
The most fun, and craziest, they go hand in hand. It was covering the (papal) conclave in Rome (in 2013). (The WSJ) sent me to Rome, which was great, and the conclave was a lot of fun to cover because I didn’t really know much about the way that all that worked. I knew about the organization that was the Catholic Church, but I didn’t really know how picking a pope went. And the amount of history that I could drink in in the matter of a month is incredible … I started to study up on these (papal candidates) and I thought ‘well this is a really interesting story’ actually that there’s this kind of a gambling line for who’s going to win. And I found a March madness sort of website that had them all categorized in terms of the odds … And I ended up doing a story on the gambling lines. (I) talked to people all over the world who were trying to set odds on the winner. And I talked to people (from everywhere from) Kentucky up to Asia and (the story) went on the front page. And it was a lot of fun because of the response from readers. It was just an enormous success of a story because it was unique in a time when everybody was really serious.

What is your top pet peeve with PR people?
My biggest pet peeve …. is when somebody comes to you and says ‘would you like to interview Jim Stanley from company you’ve never heard of?’ Or a company you have heard of but you’re not necessarily in the thick of. Or ‘Would you like to interview this person at this venue?’ (Then, when I agree, they ask) ‘What questions would you like to ask? We need a list of questions.’ And I’m thinking I don’t know… I probably will figure that out the day of.
Another thing is the lack of coordination between the multiple PR agencies that represent automakers.

Tell us a little about yourself (family, interests, favorites, background, etc.)
I have four kids; we live on a 3-acre piece of property in Rochester that was built in the 1870’s. I grew up in Detroit. I run when I can. I’ve been swimming more now. It’s how I get away … my sanctuary. I like to read, I write quite a bit. [I] used to have a blog that I’d write on religion and things like that.

My dad’s a car salesman. He’s been in the auto industry since the 1960s and before that, his ancestral business is selling cars. My great grandfather sold a car to Al Capone in the 1930s – a Packard – so auto is our family legacy. … when I graduated from college, I said the last thing I want to do is be in the car industry. But I ended up interning at Automotive News.

Finish this sentence: People would be surprised to know that I…
… dropped out of Bible College twice. Once in Chicago, once in New York. So that was my track, was to be in ministry and that was really what I was angling toward coming out of high school.

It was very much about the social justice thing. (I) finally hung it up and said, “I think I need to be a journalist.”