The Detroit bureau chief and Autos Editor for Forbes, Joann spends most of her time covering the automotive industry, but also keeps an eye on the rest of America’s heartland — where stuff is manufactured and grown. She has covered the automotive beat for more than 20 years at Forbes, Business Week and the Detroit Free Press, with a short stint at the Boston Globe, covering the tech industry. 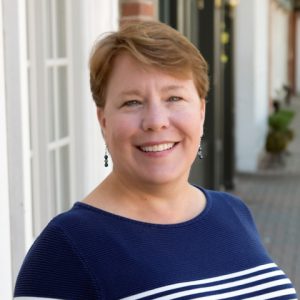 Without revealing any secrets, can you tell us what types of stories, trends or issues are on your radar now?
I’ve been covering the auto beat for about 25 years, and at times, it has felt like Groundhog Day: the same stories repeating over and over. But that’s not the case right now. The industry is in the midst of historic change, so there’s no shortage of great stories. Of course, I’m focused on the three big trends – electrification, connectivity and autonomy – as well as the emergence of new business models around ride-sharing. With the policy changes expected under the new Trump Administration, I’m also paying more attention to trade, tax and regulatory issues. I also have a personal fascination with manufacturing innovation – I believe strongly that some of America’s best ideas are happening between the coasts, not in Silicon Valley or New York, and these companies never get enough attention. I also love to wander outside the auto industry whenever possible to explore cool stuff that’s happening in other industries. I’m also intimately involved in two recurring projects at Forbes: the Forbes 400 list of the richest Americans, and the Forbes 30 Under 30 list (I manage the Manufacturing & Industry category of the 30 Under 30 list, so I am constantly on the lookout for young entrepreneurs and talented future leaders in the broadly defined area of manufacturing.)

Tell us about your dream assignment.
I would love to spend 6 months or a year investigating and unraveling a complex story that turns the world on its head. Unfortunately, that kind of freedom is in short supply in today’s media environment. With limited resources and the advent of social media, the pressure is on getting the news out instantly.

Describe the craziest or most fun story you’ve written. 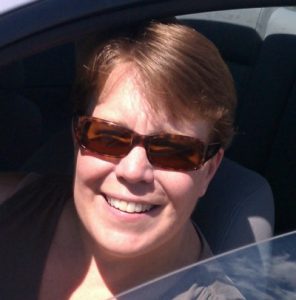 The 1999 story I wrote in BusinessWeek about Compuware CEO Peter Karmanos was crazy only because it was not the story I set out to write. I had planned to write a typical business feature but stumbled upon a couple of lawsuits by two women making explosive allegations of sexual harassment against the CEO. As I reported the story, I was confronted with some of the most bizarre experiences and interviews of my journalistic career. The story ended up being more about the board’s mishandling of the crisis than the prurient allegations themselves.
https://www.bloomberg.com/news/articles/1999-07-04/compuware-no-way-to-treat-a-crisis

What is your top pet peeve with PR people?
My biggest pet peeve is PR “professionals” who haven’t bothered to do their homework. They don’t read Forbes, so they don’t know what kinds of stories we write, and who our audience is. They make the same generic pitch to Forbes that they would make to a local newspaper or a trade publication, without any regard for how different each outlet is. The answer to these pitches will always be “no.”

Tell us a little about yourself (family, interests, favorites, background, etc.)
I live in Grosse Pointe with my husband, an author of books on nature and craft brewing (I was his research assistant on that one!) We have two daughters, ages 17 and 21, thus we are close to becoming empty nesters, which I find truly unbelievable. I’m an avid tennis player, and we spend summer evenings and weekends on our sailboat on Lake St. Clair.

I was born and raised in Connecticut, earned journalism degrees from the University of Rhode Island and Northwestern University and came to Detroit to take a job at the Detroit Free Press in 1988, expecting to stay no more than two years. But I found the people here to be among the friendliest I’d ever met, and the city’s charms, even during the late 80s, were irresistible. I’ve been here ever since (except for a few years at the Boston Globe), working for BusinessWeek and now Forbes for the past 15 years.

Finish this sentence: People would be surprised to know that my name is on a permanent sailing trophy at the Detroit Yacht Club, as “Women’s River Champion.”