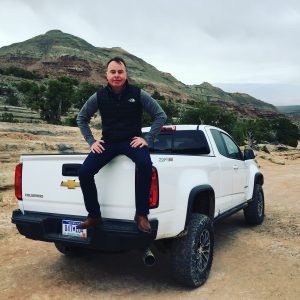 Meet the Media: James Amend is a senior editor at WardsAuto, a leading automotive news, information and data supplier that’s been around just about as long as the industry itself. He came to WardsAuto 10 years ago from the Associated Press in New York City, where he covered transportation stocks, but he’s a dyed-in-the-wool Michigan native.

Without revealing any secrets, can you tell us what types of stories, trends or issues are on your radar now?
Like many of my peers, I’m chasing stories around the technological explosion that is occurring within the industry, although I’m especially intrigued by how each OEM seems to be taking a different strategical approach to the same end. Artificial intelligence and machine learning are two specific topics currently getting much of my attention. At WardsAuto we’re lucky enough to write about news AND product, so my colleagues and I spend a lot of time testing and writing about new technologies that work and those that don’t. I also tend to handle coverage of the political side of the industry, which after a lull of several years following the bailouts has become awfully exciting again.

Tell us about your dream assignment.
I have a tremendous amount of respect for the courageous men and women who risk their lives in hot zones such as Iraq, Afghanistan and Syria to put a spotlight on conflict and social injustices. Bear witness and testify, as they say at the AP. So, yeah, that would be my dream assignment but I doubt I could ever leave my wife and children for that long so it will remain just that, a dream.

Describe the craziest or most fun story you’ve written/produced.
I’ve had the opportunity to cover so many big stories in the auto industry, including historic labor agreements, the bankruptcies and bailouts and the industry’s sudden transformation from Rust Belt manufacturers to technological innovators and service providers. But I’m particularly proud of a story I broke while working as a cub reporter for a Michigan county weekly. A former Michigan entrepreneur of the year was funneling state funds meant for her homecare business into her failing trucking company and putting her patients’ care in jeopardy. I used a FOIA filing to get the state documents. The trial occurred at the exact time the state began allowing cameras in Michigan courtrooms and I got to be one of the first journalists to photograph a proceeding. The trial pitted the No.2 state prosecutor against a fiery, hot-shot “downstate” defense attorney named L. Brooks Patterson, so there was a lot of drama in the courtroom. One of my photos made the Sunday edition of the Detroit News/Free Press.

What is your top pet peeve with PR people?
When they don’t know their product/topic well enough to answer key background questions. Just like a good reporter should know their beat stone cold, a PR person should, too. Time is costly in this business. 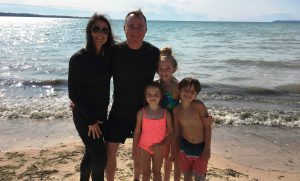 I’m married to a beautiful, wickedly smart wife and we have three wonderful kids aged 12, seven and six. I enjoy cooking (and eating), skiing, golf (when I can), playing/coaching softball and baseball, most anything outdoors and Detroit sports. Most often, I’m enjoying those with my family.

Finish this sentence: People would be surprised to know that I wanted to teach Modernist literature at a college or university but, alas, I ran out of gas shortly after my M.A. I had also discovered soon after submitting a piece of criticism examining the intersection between turn of the century journalism and literature that being a reporter was my calling.