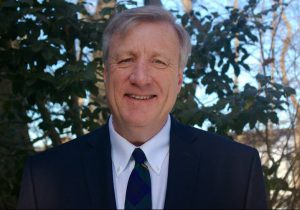 Without revealing any secrets, can you tell us what types of stories, trends or issues are on your radar now?
Everything from what impact the November elections may have on trucking legislation, especially funding highways, and future regulations to whether the rollout of new GHG/MPG rules for commercial trucks will lead to fleets “pre-buying” trucks in the next few years. More immediately, I’m looking into what the upcoming introduction of two new API motor-oil categories will mean to fleets and contributing to our expanding coverage of global developments in truck design and engineering.

Tell us about your dream assignment.
That would have to be teaming up with a long string of truckers who would show me what over-the-road trucking is like by taking me along to the end of their respective runs where I’d catch a new ride… starting perhaps in northern Europe and ending up in Australia and, why not, New Zealand, too.

Describe the craziest or most fun story you’ve written.
A few winters back, I spent one splendid and achingly cold January day driving and riding by Sprinter van nearly 400 miles over the Alaska Highway from Whitehorse, Yukon, northwest to Tok, Alaska. The hard-packed but ice-slicked road had snow piled high on each shoulder that hid dangerously deep gullies, dug to handle the spring melt-off. Not wanting to end up in one of those while visibility was hampered by blowing snow made driving on the crown of the road the smart way to roll. Even at speeds of up to 75 mph, we were safe thanks to the barely existent traffic and a radio-equipped “lead” station wagon, whose driver would radio back when other vehicles were headed our way so we could pull fully into our lane in plenty of time. That jaunt took 11 hours. The next day’s trip, southeast to Anchorage, covered about 350 miles and took about 9.5 hours. We didn’t see much wildlife. Too cold, I guess. But at 7 a.m. in Tok, the thermometer outside warranted a second look. The Fahrenheit and Celsius readings were the same: -40.

What is your top pet peeve with PR people?
Not making the effort to first learn what sort of “pitches” will resonate with me. Another is making the same pitch individually to my fellow editorial staffers instead of reaching out to all of us at the same time.

Tell us a little about yourself (family, interests, favorites, background, etc.)
I’m a native of Connecticut who still lives there. My wife and I have been married for 23 years and we have one daughter who just entered college and a son in high school. Politics has always fascinated me, which led me a few years back to serving two very educational terms on our local “town hall” style municipal council. I’m also a big history buff; have been active in Scouting since I was a kid; endeavor to take decent photographs, and I love dogs.

Finish this sentence: People would be surprised to know that…
… although I write by computer, I never mastered touch-typing so I take down all my notes in longhand.