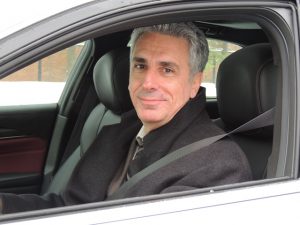 Dave Zoia is executive director-content at WardsAuto where he oversees the editorial team and is responsible for all editorial content at WardsAuto. His duties include planning stories and assigning staff to events coverage, editing copy, managing the website daily and overseeing production of e-newsletters and other editorial products. Dave is also in the mix when it comes to news coverage and producing feature stories or the occasional opinion piece; and is involved in other initiatives, such as WardsAuto’s 10 Best programs and quarterly Outlook conference series.

Without revealing any secrets, can you tell us what types of stories, trends or issues are on your radar now?
Besides the Trump impact on the auto industry, we’re focused on a few key areas, powertrains; interiors; advanced technology and the user experience; dealers and retail; and global market trends.

Among issues: The future direction of powertrain technology, particularly in the face of what could be radically different fuel-economy regulations; the auto industry’s evolution into the mobility industry; the changing face of the new-car dealer; and potential political impacts on global sourcing, platform engineering and market trends.

Right now we’re beginning testing for our 10 Best Interiors awards that will be given out in May, so that’s a particularly fun time for us as we get to crawl around and evaluate the design and functionality of a lot of terrific new cars and trucks.

Being on the auto beat has been great, because it’s allowed me to visit places and see things I probably would never have been able to otherwise. But if not this, right now – and I wouldn’t have said this six months ago – I would want to be in Washington covering national politics. It’s the biggest and most fascinating story on the planet at the moment.

Describe the craziest or most fun story you’ve written.

The oddest moment might have been the press conference in which then-General Motors CEO Jack Smith was set to name Ignaki Lopez the company’s new North American president. Unknown to Smith, Lopez had skipped town the night before for a job at Volkswagen, taking proprietary GM pricing documents with him. To his credit, a stunned Smith still held the press conference, admitting to reporters he had no idea where Lopez was or exactly what was going on or what GM would do next. I’ve never been at a press conference quite like that before or since.

But most fun for me probably was an extensive trip to China in 1995 to cover the race by Western automakers to enter the market there. At that point VW and Jeep had the only significant operations in China, so it was pretty much the Wild West as far as the auto industry was concerned. It was fascinating to be on the ground there to witness and report on the somewhat awkward start of what’s now the biggest automotive market in the world.

What is your top pet peeve with PR people?
When PR contacts twists arms to get you to interview their client and then the company/executive really doesn’t have anything to say. Please make sure your client has a story to tell and is prepared and eager to answer questions about it.

I’m a lifelong Detroiter (grew up on the east side) and now live in Macomb Township. I have a journalism/English degree from Wayne State University (lean heavily Spartans over Wolverines when it comes to Big 10 rooting) and did brief newspaper stints around town before landing at WardsAuto in the early ʼ80s. My wife Patty and I are celebrating our 35th Anniversary this year. We have two great kids, Dan and Andrea, both fully formed and on their own. I’m a bit of a sports and history junky and an indie rock music fan. On rare occasions I might make it to a golf course, but my gear is in bad need of updating and at this stage even my hack-level skills have diminished.

Finish this sentence: People would be surprised to know that I _started my journalism career as a sportswriter.