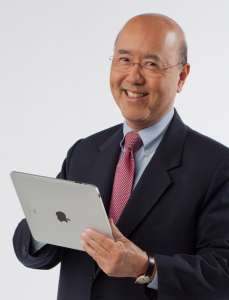 Can you tell us what types of stories, trends or issues are on your radar now? The evolutionary adaptation of new technologies in the consumer marketplace get my attention and generate viewer engagement. Obviously, AI is an important part of this, although it’s more difficult to explain and to make into visually engaging video stories for TV and social media.

What story or stories are you most proud of? I’m most proud of having done a number of stories about budding entrepreneurs through the years — from sitting with Yahoo! co-founder Jerry Yang in a bean bag on the floor as he described how he wanted to create a “directory” of the internet, to a 14-year-old who made $20,000 in a year in 1986 running his own telephone company, to two immigrant sisters from Vietnam who have created a fast-growing dessert company, Ambition, vision, hard work, tenacity, risk taking and enterprise have made Silicon Valley an innovation center.

Describe the craziest or most fun story you have written. It’s exciting to take a complex scientific or engineering development and work with the source to make it digestible and comprehensible to the average consumer. When you can develop a rapport with a PhD whose life revolves around laboratories and advanced research and get them to share their excitement, knowledge and the impact of their work on the consumer marketplace, then I feel great as a journalist. Recently, we were given pre-release access to three discrete developments at a multi-disciplinary research lab, and I was able to put all three breakthroughs into one compelling two-minute TV story.

What elements or characteristics do you look for in a story? Good visuals are always important. So is access to people to interview who have the ability to communicate succinctly and clearly. 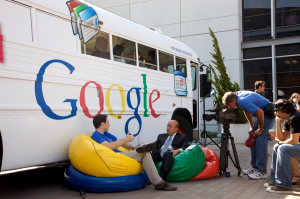 How long have you been in journalism and how did you get started? I will start my 48th year with ABC this spring, so I’ve navigated sea changes in news gathering as technology advanced and new platforms were added. I was hired as an on-air reporter right after graduation from Northwestern, but I had worked as a news writer at two Chicago TV stations and as a reporter trainee/intern at two Cleveland TV stations during school. I also spent two years in news management at ABC.

Finish this sentence: If I am not reporting, I am … busy engaging in a passion for still photography (a fun departure from working in front of the camera), along with volunteering for community groups and boards, mentoring young journalists, and checking off a bucket list of places in the world I want to visit. A photo safari in South Africa was my most recent adventure.

What advice do you have for PR people that want to pitch you? Any pet peeves with PR people? Pitch only after you’ve done your research, just as I try to find out as much as I can about people before I interview them. I get judged about my preparedness each time I do an interview. I size up PR people and their professionalism by their pitch, whether they know what I cover or where I’m based (I rarely cover San Francisco stories as I’m based 55 miles away in San Jose), and how quickly they can deliver on what they’re pitching. Twice recently, two PR people promised on-camera interviews but then cancelled when their clients bowed out at the last minute. The news “beast” is very hungry in this era of multi-hour news blocks and the need to push out social media constantly. Respect what we need and the deadlines we face. We appreciate your help but hate broken commitments. The PR people I respect are consistently reliable and perceptive about who we are and what we do and cover.

Tell us a little about yourself (family, interests, hobbies, background, etc.) I take photos of nearly everything I eat and then archive them. As a foodie, those photos create a record of food trends, memories of dishes I’ve particularly enjoyed, and provide visual souvenirs of places where I’ve eaten. I started this long before it became a social media “thing” to do, and I’ve never run into objections, even at Michelin three-star restaurants around the world. I’ve also captured a few shocking events, such as photographing a cook killing and gutting a live fish directly on the dirty kitchen floor at a restaurant.