How Journalists Assess and Evaluate CEOs During Media Interviews

Do you know the single most important factor when a journalist evaluates a CEO when conducting a media interview?

According to a study by our partners in the Public Relations Global Network — PRGN — it depends. Our survey of journalists around the world showed that overall, most journalists rank the CEO’s knowledge of the firm and its market as the top factor followed by the CEO’s personality, the CEO’s track record and third-party opinions of the CEO. 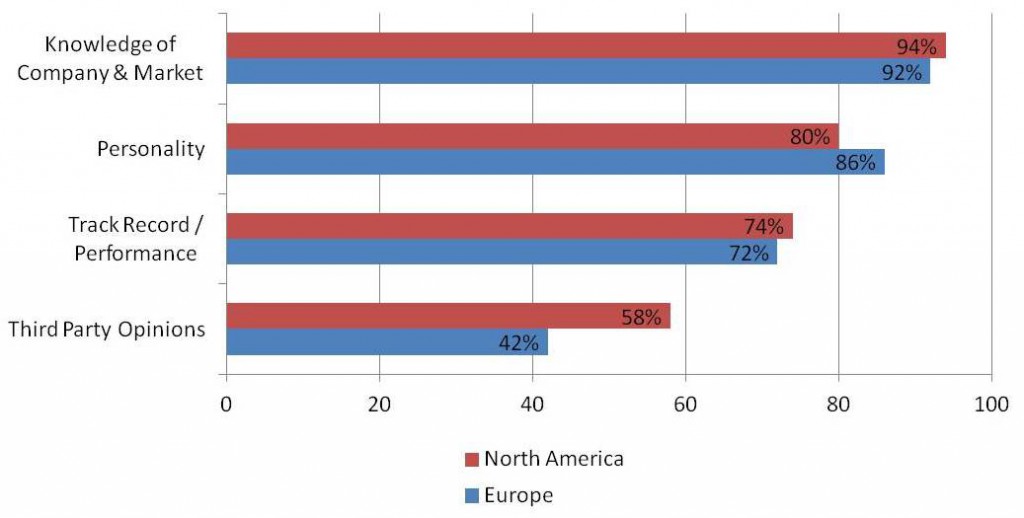 • In Denmark, the most important assessment factor is the CEO’s personality (100 percent) and third-party opinions also play an important role;

• In Italy, journalists ranked the CEO’s personality just as important as the CEO’s knowledge of the firm and its market, and the CEO’s educational background is also a key factor;

• In Germany, Finland and Hungary, the CEO’s personality was the top factor, followed by the CEO’s knowledge of the firm and market; and

• In France, while knowledge of the firm was the top choice, the CEO’s education and personal life are also important factors in the journalist’s assessment.

The best ways to determine which assessment factors are most important for your CEO’s next media interview are:

• Review recent stories the journalist has developed on other CEOs to see what factors played key roles in the story and what kind of information was used.

• When setting up the interview, ask the reporter what they already know about the CEO and what sources they have already contacted, if any, to get some initial impressions, and suggest some other sources/materials as background.

• Obtain counsel from a local PR agency that has worked with the reporter before and knows their approach, preferences and customs.

(Through PRGN, Bianchi PR has PR experts on the ground in 18 major markets across North America and in 30 countries in Europe, Asia and Africa.)