Having met recently in Washington D.C. with more than 40 agency principals from around the world at our semi-annual Global Leadership Conference for the Public Relations Global Network (PRGN), one of the topics of discussion was: “What do you see as the biggest threat to PR?” 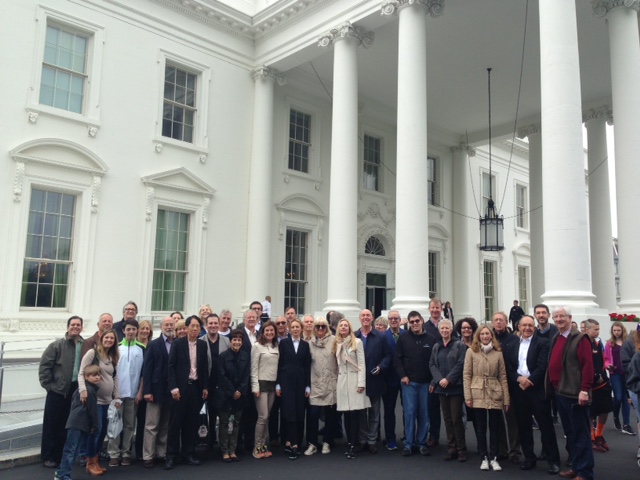 Here is what a few of our PRGN partners from around the world think:

Scott Hanson, President of HMA Public Relations in Phoenix, Arizona, a PRSA Fellow and member of the PRGN Executive Committee, said: “The tidal wave of new ‘news’ platforms coupled with the proliferation of ‘citizen journalists’ running or contributing to them. While it’s not particularly a new position for me, I see it as a bad recipe for ensuring accuracy and credibility in messaging across the board.”

Evelyn John Holtzhausen, CEO of HWB Communications in Cape Town, South Africa, and PRGN’s president, said, “To me the biggest threat to the PR industry, set against the decline of print media (dead wood media) is the rise of media reach via software-collating content into vehicles such as Flipchart, Buzzfeed, etc.) (see https://www.nuvi.com/,pressly, etc) delivering “content” directly into our inboxes. This is happening at the same time as the headlong ascendancy of ‘Brand Newsrooms’ developed by advertising agencies. PR risks becoming redundant… or at most mere ‘content’ providers to ‘platforms’ developed outside our immediate environment leaving us to snatch for funding as event organizers while our turf is captured. We need to dig trenches and defend our borders with skill, knowledge and innovation – particularly as this new ‘trend’ plays in to the hands of the fast growing population of people with short spans of attention thanks again to the rise of digital ‘soundbites’ against the decline – and to the detriment – of print.”

Alessandra Malvermi, managing partner of Sound Public Relations in Milan, Italy, said, “In recent years PR has been evolving quite fast and the challenge nowadays is to be able to make its value more explicit and measurable. More than ever, PR has taken a strategic corporate function and it deserves to sit at the senior management table. The value of PR goes far beyond the Advertising Value Equivalents (AVEs). That’s why the PR industry needs to define more strategic measurement practices.”

Judy Kuramata, executive director of Integrate Communications in Tokyo, Japan, noted, “Growing social media impact. Clients are often mislead that ‘everyone can do PR’ without a PR agency. Also a misguided position from the client-side is that retainer fees have been dropping as ‘less demand for print media exposures’ is requested.”

Valentina Giacaman Hazboun, founding partner of Rumbo Cierto in Santiago, Chile, commented, “The PR industry must learn to widen its scope from corporate positioning to crisis management, which is what customers who have failed to adapt their business structures to today’s world changes are now demanding.”

Uwe Schmidt, CEO and co-owner of Industrie-Contact AG (IC AG) in Hamburg, Germany, reported, “In Germany there is a big ‘Content Marketing’ discussion. Another popular conversation theme: ‘Marketing Automation.’ And the latest buzzword coming around: ‘OmniChannel Marketing.’ At the moment it seems to be that the PR industry has not the control over this discussion. This can end up as a real threat for the PR agencies if they do not have answers to the new demands of the clients. In this context I mean especially consumer clients. The B2B world is still quite old-school.”

Christina Rytter, CEO of Coast Communications in Scandanavia, had this to say, “As I see it the biggest threat to the PR industry is if a PR-person, agency or industry does not calibrate to digital communications, digital marketing and social media. Then you don’t have a future.“

My own perspective? The biggest threat to the PR industry is the #hashtagification of communication – that is, the tendency to want to communicate important ideas in 140-character memes that are hot now and forgotten in 8 minutes … and the shrinking attention span and focus this tendency is driving.

What do you see as the biggest threat to PR? Let us know what you think …