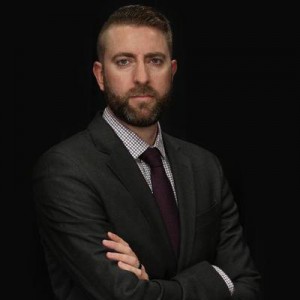 What types of story ideas are at the top of your radar?
It’s election season. That means taking a look at the broad policy issues, and candidates’ platforms, and disseminating what that means to the local economy. Right now, there are a lot of conversations around free trade agreements, immigration, etc. That said, my beats remain the same and I still care about reporting on macro issues and anything that involves money and local employment.

Tell us about your dream assignment.
I can’t really say. Anything that would allow me to cover global economic phenomena and take me to specific regions across the globe to view macroeconomic conditions.

Describe the craziest or most fun story you’ve written.
Craziest and most fun aren’t necessarily synonymous in this profession. A crazy story that stands out is one on Southfield-based Revstone and its scheming owner George Hoffmeister. He had allegedly played a shell game with assets and pension plans to afford a luxurious lifestyle, which included a $50 + million horse farm in Kentucky. The story took months of combing through court documents, interviews, etc. and with each new uncovering I couldn’t believe what I was reading. The executive was an alleged swindler and a crook that used trusts’ setup in his children’s name to hide assets from the government. He even raided his employees’ pension funds according to a Department of Justice lawsuit. I worked hard on that story and it even ended up as evidence in the court proceedings. He still hasn’t faced jail time, but the story isn’t over yet.

What is your top pet peeve with PR people?
Comprehension. I don’t like making the comparison, but PR staff is akin to sales staff. They are, and this is an oversimplification, selling their client. To do so, they should understand the client’s work. Too often a PR team isn’t up to speed on their clients’ business and products. It causes serious delays and miscommunication between reporter and company.

What is the top trend you’re covering or interested in right now?
I’m interested in global economics. Similar to what I said above, the topics of interest with my beat, manufacturing, are free trade and immigration. I take both topics seriously because we’re talking about the lives and livelihood of citizens, legal or otherwise. Increasing the public’s knowledge on these topics, hopefully, can change the discourse and tone down the rhetoric so that we may work toward simple, common sense conclusions.

Tell us a little about yourself (family, interests, favorites, background, etc.)
I’m a new father…to twins. My boys are eight months old and my lovely wife Tanja and I are over-the-moon excited, and exhausted, to finally have a brood. We tried for children for six years and had severe fertility issues that cost us, emotionally and financially, a fortune. But we got lucky in the end. So right now, that’s my life. Keeping these two little crazy things happy and healthy.

If free time ever does present itself, I’m an avid fly fisher. Standing in the river or in my kayak, cork grip in hand, is my happy place. It’s where all the frustrations of modern journalism and the quick pace of metropolitan living evaporate. I can stop thinking, if only for a short time and concentrate on the task at hand…conning a fish into taking a fly made of deer hair, synthetics, etc. I’m a natural cynic, but I find faith on the water.

Finish this sentence: People would be surprised to know that I …
…am a total metalhead. Yes, I wear suits and don’t have long hair or a neck tattoo, but I’ve been into music most of my life. I used to review music professionally for various publications around the state. It’s actually why I got into journalism (Find me a journalism program and I’ll show you 30 kids that want to write for Rolling Stone). I love almost all forms of music (Except electronic music, which I just don’t get. Sorry, Detroit.), but metal is where my heart rests. I could go on about the dozens and dozens of subgenres of metal, why they exist, etc. But the genre I’m most into lately is blackgaze, which mixes the unconventional noise of black metal with the melodic “wall of sound” styling of shoegaze. Maybe it’s unusual, but I think the best on a critical topic with difficult music cranked in my headphones.