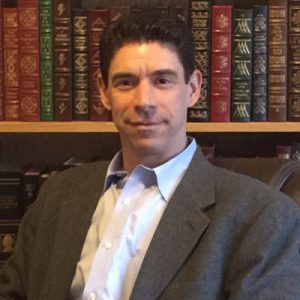 David Welch is the Detroit bureau chief for Bloomberg News. As bureau chief, he writes and edits stories about the auto industry and manages Bloomberg’s Detroit staff. The team includes people on several beats, but most of the writing and editing he does is for auto industry coverage. As far as reporting goes, Welch is Bloomberg’s point person for covering General Motors, and he writes quite a bit about autonomous vehicles. He also does some non-automotive investigative work, and you’ll see him almost daily on Bloomberg TV.

The auto industry is in a period of transformation, which is driven by technological change. It’s autonomy, electric drive and different mobility services. We are interested in the horse race of who gets first mover advantage. Tesla has it in electric cars. Alphabet Inc.’s Waymo unit may have it in autonomy but that is less clear. And ride hailing services like Uber and Lyft started ahead, but they may not have the final word in how tomorrow’s transportation works.

Right now, we’re interested in how the technology develops, but more important, how the business case develops for the technology. There is a lot of cash moving into those areas, but none of it is returning cash anytime soon. So, we will see a shakeout, and we will see joint ventures and mergers. This will take some time to play out.

Recently, it was a 3,000 word story on the Who’s Winning the Self-Driving Car Race. I spent time with every major company and some minor ones to figure out where they are with testing and plans to put self-driving cars on the road. What’s fun is that the story is really a living, breathing organism on Bloomberg’s Hyperdrive portal. We update as companies do new things in autonomy or as new players enter the scene.
For pure fun, I did a story on how CD players are going away. The fun part was the mail. People are furious. They want to play their CDs!

What stories are you most proud of?

In May 2005, I wrote a BusinessWeek cover story predicting GM’s bankruptcy; how it would go down and what would happen. It all played out pretty close to what we published, and I was a finalist for Business Journalist of the Year.
More recently, I wrote an investigative story on how the Mexican government suppresses union factory wages to keep the country attractive for investing. The story made it into the congressional record and is a reason why the Trump administration made parts with $16 an hour labor part of the NAFTA content requirements.

What elements do you look for in a story?

Is the story telling someone something they don’t know or can’t easily find? Does it offer perspective? Is there sex appeal? Can the story make a difference?

How long have you been in journalism and what got you started?

I wanted to do this since I read Mike Royko columns starting in about fifth grade, but I started at the Pitt News, the college daily at University of Pittsburgh.

What advice do you have for PR people?

Please read Bloomberg and BusinessWeek to get a feel for the kinds of stories we do.

Getting pitches on something that any reader knows we would never cover and then receiving multiple emails following up. If you won’t read us, why should we read you?

A bit about me:

Married with one terrific daughter and three dogs. Most people think I have weird hobbies: I play bagpipes, fence competitively and make beer. Seems fun to me!

Check out some of David’s latest work:

Why Honda’s Waymo Talks Failed and GM Clinched the Deal