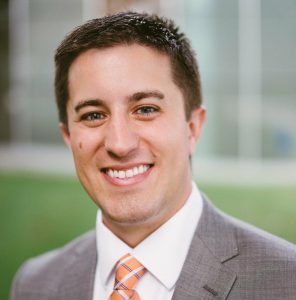 Craig Trudell is Bloomberg News Detroit Bureau’s new U.S. automotive team leader. He had been editor of Asia auto coverage for Bloomberg News in Tokyo. He joined Bloomberg in January 2010 and reported on Chrysler, Ford and GM from Detroit for three and a half years.

1. Without revealing any secrets, can you tell us what types of stories, trends or issues are on your radar now?
The only new product anyone wants to talk about of late happens to be a product of Queens, real estate, reality TV, and now, the White House. Yes, Donald Trump.

I’d like to think that we in the automotive press will turn our attention back to stories, trends and issues that were plenty important before Nov. 8, but I don’t know that we’ve ever had a president-elect weigh in on our industry in such a forceful way before he’s even taken office.

Stories pertaining to trade and environmental policy, infrastructural investment and taxation are hugely significant right now. It’s crucial that the companies who’d be impacted by these changes, whether they’re in favor of or oppose them, tell their stories. And it’s hard to fathom a more significant role for the press than to be the ones explaining detail, impacts and facts around these issues, in detail and with nuance.

2. Tell us about your dream assignment.
I’m incredibly fortunate to have worked in Japan for just under three years. My primary job was covering Toyota, though I ended up spending an awful lot of time writing about Takata and the biggest and perhaps most complex safety recall to ever hit the industry. For roughly the last year I spent in Japan, I played the dual role of working as both reporter and editor, an opportunity that forced me to better understand the companies and markets our team in Asia follow most closely in Japan, China, South Korea, India, etc.

I’m thrilled to be back home, but I do sense that I’ll want to give it another go with another overseas assignment before long. I’ve only really had little tastes of covering this industry from Europe during trips to Geneva, Paris, Milan and Turin related to auto shows.

My dream is to keep exploring and I won’t be picky about where covering this industry could take me.

3. Describe the craziest or most fun story you’ve written.
The craziest story I’ve been a part of certainly wasn’t the most fun. In 2012, I was interested in Fiat Chrysler’s plans for its Jeep brand in

China. The brand’s CEO spoke confidently of the volume opportunity for the brand in the country and said management was reviewing whether to localize production of the entire Jeep portfolio of products, or some of the portfolio. I reported this. Another news source and the Romney campaign incorrectly read this to mean that Jeep was shutting down production in the U.S. and moving it to China…which led to an interesting few weeks. Politifact later named this episode its Lie of the Year.

4. What is your top pet peeve with PR people?
When a PR person has been kind enough to arrange an interview or press conference with an executive, then doesn’t let said executive do the talking.

5. Tell us a little about yourself (family, interests, favorites, background, etc.)
I met my wife working for the school newspaper at Michigan State University. I get up in the Lansing area and always bled green. I have one sibling, a brother who’s 15 months younger, and my wife has one sibling, a sister who’s two years and two days older. Our siblings have each given us a tremendous gift in making us aunt and uncle, to two girls on my brother’s side and two boys on my sister-in-law’s side. When we’re not video chatting with them or, better yet, visiting with them in person now that we’re back in the states, I’m a big golfer and enjoy cold IPAs.

6. Finish this sentence: People would be surprised to know that I [am a big hip-hop fan].