Your CEO’s social media posts may have a huge impact on the outcome of the CEO’s next media interview, according to study results from our partners in the Public Relations Global Network — PRGN — (http://bit.ly/18DOK4t).

Which social media platforms journalists will research … how much these channels are used by journalists, can vary significantly, depending upon geography. 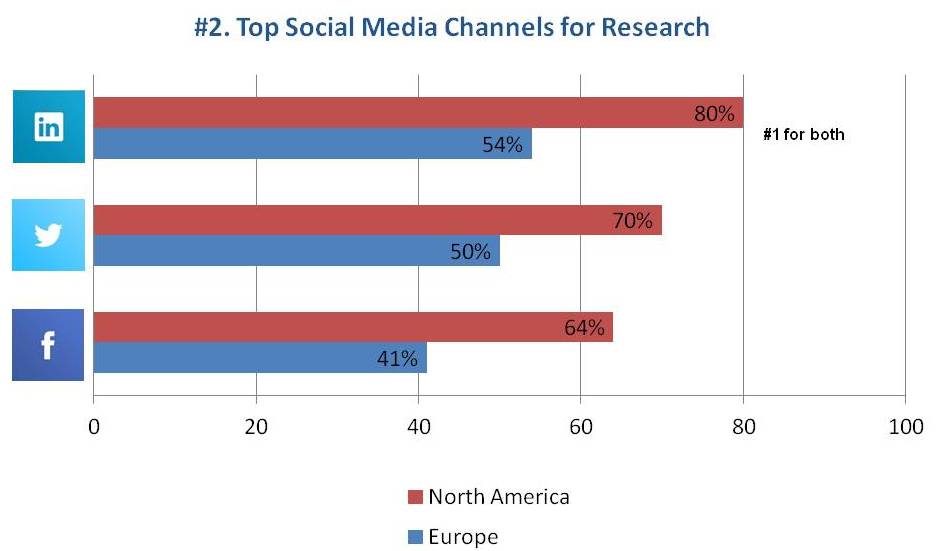 For example, when preparing to interview a CEO:
• North American journalists who use social media for research of CEOs most often turn to LinkedIn (80 percent), followed by Twitter (70 percent) and Facebook (64 percent).

• European reporters who use social media for CEO research generally follow the same order but less often, with LinkedIn/Xing at 54 percent, Twitter at 50 percent and Facebook at 41 percent.

Among journalists in different European countries, journalistic research practices for CEO interview preparation relative to social media use vary widely. For example, according to the PRGN survey:

The study offers five ways corporate communicators can use social media to help optimize the effectiveness of your CEO’s media interview opportunities:

• Review your CEO’s recent posts on social media channels to see the specific messages and trends the reporter will likely see. Share your findings with your CEO.

• Identify any common interests or themes between your CEO’s and the reporter’s posts – and point those out in any pre-interview briefing materials.

• Encourage the CEO to follow the reporter’s social media channels prior to, and after, the media interview, and to share some of the reporter’s more pertinent stories regularly.

• Consider working with a PR agency that has a local presence, cultural knowledge and social media expertise in the market where the reporter is based — in order to secure important cultural and local perspective. Our global network, PRGN, (www.prgn.com) has offices in 50 key markets around the world run by local PR experts.)

For additional insights from the PRGN study on how journalists around the world prepare for CEO interviews, visit http://bit.ly/18DOK4t.