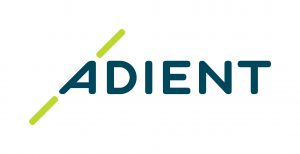 When Adient, then a one-month-old spinoff and the world’s largest global automotive seating supplier, was ready to officially announce that it would be the first major auto supplier to establish its headquarters in Detroit in decades, Bianchi PR was ready to assist with the media relations for the press conference.

Adient acquired the historic 10-story, 164,000 square-foot Marquette building in Detroit’s historic financial district and planned to announce the big news at Detroit’s Cobo Center, directly across from the building in November 2016.

The Challenge: Competing industry events and numerous executive schedules to accommodate, including local officials such as Detroit Mayor Mike Duggan and officials from the Michigan Economic Development Corporation, made planning a little more complex. With a few date changes leading up to the event, we could not invite media until a date and time was official. 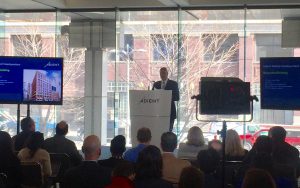 In addition, with multiple parties involved, document edits and approvals were happening up to the day of the event.

Results: Although there were challenges, the press conference was a big success in creating awareness of the Adient name and in demonstrating the company’s commitment to the Detroit and automotive communities. Our targeted media relations efforts helped generate hundreds of thousands media impressions for the new company in key outlets such as Automotive News, Crain’s Detroit Business, Detroit Free Press, WDIV-TV, WJR-AM, WWJ-AM and WXYZ-TV.

(Special thanks to David Roznowski, executive director, global external communications for Adient and Mary Kay Dodero, communications director for Adient, for allowing us to work on this special event.)