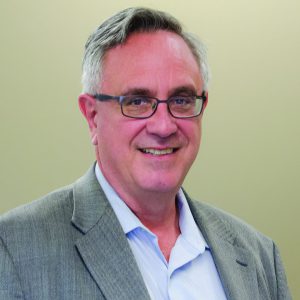 I have a lightweighting feature coming out in September in Manufacturing Engineering. I will revise it with interviews I did during the Management Briefing Seminars for our sister publication, Smart Manufacturing. I also write economic indicator stories for our website, http://advancedmanufacturing.org. For example, I take the monthly jobs report that comes out on the first Friday of a month and write about it from a manufacturing perspective. I also write about 3D printing on occasion.

Also, this year, I was placed in charge of our annual Motorized Vehicle Yearbook. It came out in the spring. It included contributed stories from companies (which were identified as such). If people want to make pitches for the 2018 yearbook, I’ll begin collecting them in the fall.

It was when I was covering the business of auto racing at The Indianapolis Star, 1995-2000. There was a split in Indy-car racing. It was a huge story in Indianapolis. Eventually, I wrote about F-1 and NASCAR as well. It was rewarding because I think it was the most influential coverage I performed. My late father read a story in The Wall Street Journal and said the writer must have read my clips. I looked at the story. It cited many of the same people I had interviewed.

While at Indianapolis, I had a story that developed when somebody simply called up the newspaper and got connected to me. He said there had been a big meeting for area Ford dealers at a local hotel. Ford was going to buy them out and replace them with five or six “big box” stores as an experiment. It was unusual, but he had enough specific details, I pursued it. I confirmed the story. Before it ran, I called a Ford executive named Bob Rewey (who was leading the charge on this). I called through the main switchboard and got his voicemail. I said what we were about to publish and if he wanted to comment he should call me back. An hour later, he did. “We were wondering when you guys were going to write about this,” he began. Of course. Anyway, we published.

1) “Cold call” pitches about interviewing executives or experts. 2) Not saying no when their client really doesn’t fit what I’m working on. With the latter, I got a pitch to interview someone to provide reaction for an economic indicator story. I expressed skepticism whether he was right for the story. The PR person insisted he was. I wasted my time talking to the guy. I eventually told the PR person to never contact me again.

I’m a native of Bloomington, Indiana. I worked at The Indianapolis Star for 17 years. I moved to the Detroit area to work at the Bloomberg bureau in 2001. I was laid off from there in late 2013 (that was four or five waves of layoffs ago). I’ve been at SME, which includes Advanced Manufacturing Media, since September 2014.

Finish this sentence: People would be surprised to know that I …have a blog called The Spy Command and websites concerning The Man From U.N.C.L.E. and The FBI television shows.