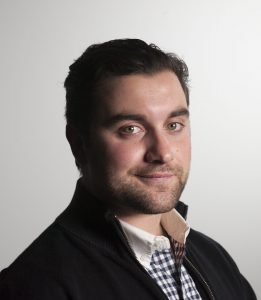 The global industry’s at an inflection point right now. U.S. consumers are ditching passenger cars in favor of, well, anything that’s not a sedan. That’s changing the way some of these companies operate. Those same automakers are racing to develop a safe self-driving vehicle, and they’re also fighting to nab up market share in China. Meantime, the industry is plateauing, the Detroit Three are in a pickup truck and SUV slugfest while they try to become modern companies that attract young engineers currently favoring companies on the coasts, and everyone wants to know when they can have a flying robot car in their driveway. And they want to know how that vehicle will mesh with the ol’ human-driven hunks of junk that it will be with it on the road.

At The Detroit News, we’re keeping tabs on all of that. We’re writing smart, informative stories that help readers cut through all the fog, and get a better understanding of how all of these changes happen in the matrix of the global industry. And we’re also trying to keep the locals – many of whom work for Ford, GM or FCA – informed on what their company is doing, and why the company is doing it.

That’s tough. The auto beat has taken me on a few adventures, including flying through a snowstorm to Kentucky to report on Ford’s truck plant there. Most days are fun, so it’s hard to pick which stories have been the best, because I usually enjoy learning and thinking about what I’m writing about. I can definitely name the most boring stories I’ve written…Craziest story? That might have come when I worked for MLive Detroit. I covered business, development and restaurants (?) there. Great beat. I had so much fun. And one time, I got to cook lunch with Wolfgang Puck. He very politely replaced my knife with a glass of wine because I wasn’t chopping garlic fast enough. Another that comes to mind was last summer when I got a ride in a Chevy SS from Simon Pagenaud around Belle Isle ahead of the Detroit Grand Prix.

That’s another tough one. Working on a few stories with Detroit News reporter Rob Snell on the FCA-UAW scandal has been rewarding. Any of the stories in which I feel I’m genuinely helping a reader understand the state of things is rewarding. Stories about autonomous vehicle testing that truly explain to an unfamiliar reader how these things work, how they’re tested and how they’re going to work on modern roads in a way that might help those readers at least feel better informed definitely bring some fulfillment. Same with pieces that take a hard look at what President Donald Trump says about the industry. So much of the auto beat has become cranking out quick stories on product, business decisions and executive-speak. When my colleagues and I can dig down and be analytical reporters rather than stenographers, those are the pieces I’m proud of.

I’ve focused lately on keeping stories grounded. Auto companies are such monolithic entities that it’s easy to write stories that breeze over why a reader should care or how this will affect a reader’s life and just report the news. On the auto beat, we’re pushing to do more than knock out reformatted press releases, and analyze, synthesize and explain the moves within the industry.

I’ve been doing this for four years, seven if you count college. I sort of started this on accident. All I knew when I started undergrad at Detroit Mercy was that I couldn’t do math, and I liked words. By my second semester, Tom Stanton got me on the student paper, and a year after that I was running things with a Co-Editor. From then on, reporting’s been a way to make some money with writing. And I’ve grown to love and respect the Fourth Estate as a result. I still love writing for writing’s sake, and it’s a goal to write book(s). Just not sure what they’d be about.

Finish this sentence: If I am not reporting, I am …

Watching The Office for a least the 30th time, trying to hit my driver straight, reading something made-up, playing Nintendo, traveling or spending time with my wife. Or cleaning up after our cats.

Think big-picture. I appreciate invites to events and things we can peg news stories to, but often, especially for smaller companies, the new acquisition or merger or investment doesn’t warrant its own story. But is that event a piece of a larger trend? Or could it help illustrate some bit of change within the industry? And might the expert you want us to interview about the company better serve as someone who might comment on developments elsewhere? Sometimes the publicity you want might fit better on the beat if your people are available to comment on industry trends or for expert opinion. Facts are, resources in the newsroom are tight, and this autos team is juggling several big stories a week in addition to all the daily news. Not everyone can get their own spotlights, so it might be smart to try and think of ways your clients can be a piece of a larger story.

Any pet peeves with PR people?

I don’t have many. Most of the people I work with every day are great. And very helpful. I think a rule of thumb needs to be cut the jargon. If there’s jargon in your release or inquiry, I expect your people won’t be able to speak in a way the average reader will understand. We’re writing for folks in the biz, but we’re also writing for people whose eyes will gloss over at the first acronym. Also, just level with me in a pitch. I don’t know why some agencies like to start a narrative – or form a snappy lede – in a press release, but it’s tedious to wade through spin to extract the news. Give me the facts, and then make someone available for an interview. We write off releases in a pinch, but the more sifting I have to do, the less likely we are to run something.

I’m newly married. We live in Detroit, and my wife, Josephine, and I are looking forward to traveling some now that all the wedding planning is done. We’re both bookworms, and we’re running out of space on the bookshelves in our flat. I try to catch twilight rates on the golf course as often as I can in the warmer months, and I try to read something that isn’t news every morning before work. Helps me wake up.

I was born and raised in Dearborn, numerous family members worked in the local auto industry, and our roots run deep in Detroit. I love this city and state, and I love reporting on the industry that makes it all tick.

You can view some of Ian’s recent articles here: