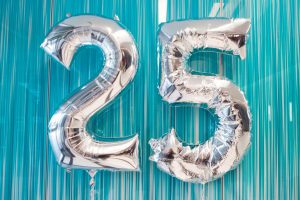 1. Due to a last-minute snafu with a Bloomfield Hills office building landlord, Bianchi PR’s launch day, August 10, 1992, actually occurred in the basement of Jim Bianchi’s home.

3. The first phone call Bianchi PR received on its first day in business was a new business call from Peter Toundas about doing PR for his company, Championship Auto Shows, Inc. and its Autorama event. 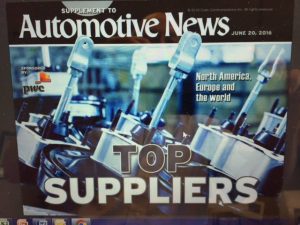 4. The Bianchi PR team has worked with 11 of the top 45 North American OEM automotive suppliers.

7. Bianchi PR’s account staff has an average tenure of 16+ years with the PR agency and nearly 19 years in the PR profession.

9. To date, Bianchi PR has helped 52 students get their PR careers started as interns.

10. Five of Bianchi PR’s 52 interns were hired by the firm after graduation. One of them, vice president Jessica Muzik, is still with the company after 21 years.

11. Another former Bianchi PR intern, Tina Kozak, is now Chief Operating Officer at Franco PR. (We’re still trying to collect our commission for helping her get her first job!) Other former interns have careers with companies such as Fiat Chrysler Automobiles, La-Z-Boy and Faurecia, as well as other PR firms. 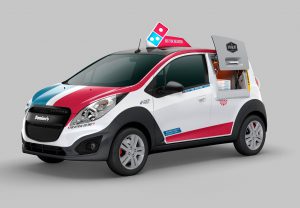 12. The most productive single PR project Bianchi PR worked on was the introduction of the Domino’s DXP delivery vehicle, which generated more than 1 billion media impressions. BPR partnered with several of its U.S. PRGN partners on this campaign. 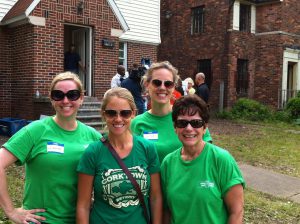 14. Bianchi PR’s first job number was opened on August 10, 1992, for the autumn edition of Fruehauf Today, the trailer maker’s newsletter. 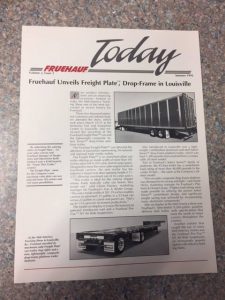 15. Though best known for B2B and automotive PR, Bianchi PR was selected by Anheuser-Busch to promote its Bud Bowl concert series in 2006, in conjunction with SuperBowl XL in Detroit.

17. Bianchi PR’s four largest clients have been with Bianchi PR an average of 18.7 years – more than five times the PR industry average.

19. Bianchi PR went global in 2014 and now has 49 expert agency partners around the world through the Public Relations Global Network – covering 19 key markets across North America and 31 countries in Europe, Asia, Africa and South America.

20. The Bianchi PR team has supported a number of nonprofits over the years with pro bono help and/or donations, including Habitat for Humanity (Oakland and Detroit), Capuchin Soup Kitchen, the Children’s Home of Detroit, Alex’s Arcade, Mitch Albom’s SAY Detroit and the Cooper Standard Foundation.

21. Astronaut Jim Lovell told us that while he was never afraid during the ill-fated Apollo 13 mission, he was a bit fearful when riding with one of our staff members, who was driving on a Detroit freeway to take him to our client’s event.

22. One of the more exotic locations Bianchi PR has worked was in Armanda, Mich. when we were hired by American Heartland Homebuilder to help manage PR for its work with ABC-TV’s Extreme Makeover: Home Edition show. We set up shop, including a working press room, in an open-air canopy on a dusty, plowed-over soybean field adjacent to the home construction site. https://www.youtube.com/watch?v=V0u9aVY-6jo

23. We have helped grizzled automotive reporters go through lean kaizen training on the factory floor, had them don an apron to make a Domino’s pizza and had them ride on a test track to test electric steering with legendary racer Mario Andretti. 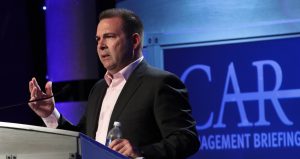 25. The Bianchi PR team spends 40-50 days per year at automotive industry events around North America to stay at the leading edge of auto industry trends and issues … and to make connections and create opportunities for our clients.