Phoebe Wall Howard is an autos reporter at the Detroit Free Press. She writes about the auto industry with an emphasis on Ford Motor Co., 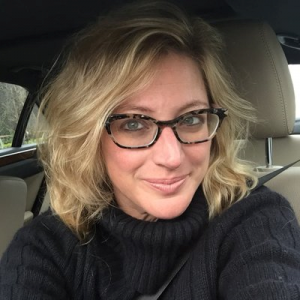 Can you tell us what types of stories, trends or issues are on your radar now?
Behind the scenes activity at Ford and the UAW captures my interest. It is astonishing the number of calls and emails I get weekly from line workers, retirees and company insiders at Ford, GM and Fiat Chrysler. People are learning to trust me, and I work to earn that trust. I look for tasty morsels as well as serious policy or production developments that may dramatically change lives and impact investor behavior. I follow up on everything. No call is too small or too trivial.

Covering trends is among my favorite activities, partly because there’s such a demand for these stories. Readership is huge. If there’s a consumer trend with pickups, I want to know who these people are and what motivates them. If I hear of a vehicle making people sick, I’ll talk to vehicle owners providing testimonials to federal investigators. My goal is to use data as a starting point and focus on humanizing the industry.

Primarily, I hunt for nuggets that get overlooked. A monthly Toyota newsletter resulted in a story about auto industry policies related to LGBTQ employees that was picked up all over the country. It went viral on social media. A for-the-record government filing on a GM patent designed to reduce pedestrian injury resulted in an A1 story picked up all over the country. With everyone focused on doing business in Asia, I asked the president of Lincoln China to discuss the market in casual conversation. It resulted in a wildly popular profile with video that blew up our analytics.

In the current news climate, angles and subject matter need to be fresh and different. I’m grateful for the many stories that come my way as exclusives. The Detroit Free Press reaches some 1.4 million readers weekly and freep.com averages 6.7 million readers monthly. It’s mind boggling. We are a multi-media company that creates a print news product, destination digital stories and short film. (Note: These numbers don’t include the USA Today network, which adds millions when our work is picked up.

Describe the craziest or most fun story you have written.
In the past four months, the most fun piece has been the story behind the discovery of the long-lost 1968 Bullitt Mustang. I had calls from all over the country, including Hollywood, from readers sharing their personal stories. The craziest story would have to be the car salesman battle between Ali Reda and Joe Girard for the Guinness Record title. I’ve never had a story where so many readers called and emailed asking for more.

What story or stories are you most proud of?
Articles documenting abusive conditions in an Iowa veterans home resulted in a change in public policy and oversight that saved lives. Articles documenting fake records kept by California truckers illegally dumping hundreds of thousands of gallons of restaurant grease into streams and waterways led to a crackdown in policing and the end to illegal polluting. Articles documenting a foster care system that actually “lost” children in a computer system and left them waiting years for adoption was cited in an Iowa Supreme Court case when judges overhauled the system. Having children call to thank you for making them not invisible anymore, I think that’s the winner.

What elements or characteristics do you look for in a story?
I look for information that is new and/or interesting. It’s that simple.

How long have you been in journalism and how did you get started?
Broke my first investigative story as a high school senior, exposing a Detroit program that concealed how public dollars were being spent. A reporter at the Detroit Free Press picked up the item and it ended up on radio and TV. Program shut down and financial safeguards implemented.

Finish this sentence: If I am not reporting, I am …
Running along the Detroit River, sailing on Lake Huron, standup paddle boarding in Lexington, cycling through the woods, catching the latest art exhibit or checking out a documentary film.

What advice do you have for PR people that want to pitch you?
Pitch me something exclusive. Brainstorm ideas. Have art ready to illustrate the story. Monitor email and respond quickly. Be candid about challenges. Use plain English. Tell me your limitations. Work with me. Be truthful. Acknowledge limits of the story where they may exist. Describe things with brevity. If there’s something I need to know, off the record, tell me. Give me the whole picture. Never, ever withhold information that provides a complete picture. Suggest ideas about projects unrelated to your client.

Note: Misspelling my name will kill the relationship because it illustrates a lack of attention to detail. Blocking media access to a client/principal indicates vulnerability. Being inaccessible by email/text/phone on deadline and during weird hours suggests a lack of understanding of the job.

Any pet peeves with PR people?
In Detroit, I’ve dealt with the best and worst PR people in the industry. (I wish companies would call reporters to ask about the experiences.) Dealing with folks who don’t tell the truth is just plain annoying. Putting out news releases and not returning calls/emails/texts. Sending out press material with errors, which includes addressing pitches to the wrong news outlet. Being unavailable on deadline. Providing complicated information is unhelpful. Speaking in jargon. Long titles.

Note: A common local thing is having voicemail be full so press is forced to email or text. Companies in Silicon Valley would fire someone for this.

Tell us a little about yourself.
My great-great grandfather ran a paint business in Corktown in the 1800s and all the men in our family worked there, washing the walls and painting the big mansions downtown. It’s how my papa paid his way through Michigan law. Our family lives all over the state. And I am happy to be home after 20 years in California. The winter transition has been brutal. But I love living in the heart of the city now. Writing is my passion. The people here have soul. Being at the Free Press is an incredible honor.